Since the appearance of the Internet, multiplayer gaming has become a lot more prevalent and advanced compared to what it was just 10 years ago. In the past, the only way for two or more players to enter a single game required a physical/local presence. In other words, to play together with a friend, you would have to be both together and in front of the same computer or console. But, it is quite obvious that a lot has changed since then. Games such as Counter-Strike, League of Legends and DOTA have brought multiplayer gaming to the next level.

However, these last few years is when the competitive game world started to boom. The tournaments that used to be filled with no more than 100 fans, today that has been replaced with tens of thousands of people in a giant arena. We can see that the competitive world of e-sports has grown by a lot and will still grow in the future.

Many people have noticed the potential of e-sports and are looking for a way to enter this world of competitiveness. The best way to achieve that is to start playing games. But, you will need to be good at them and they need to be popular too. So, here is a list of the most competitive games you can play in 2023.

I think it is safe to say that currently, the most popular FPS game in the world has to be Valorant. The biggest reason why this competitive title is so popular is because it is developed by the well-known developer Riot Games. They were the ones who developed and still update the most famous MOBA, League of Legends. This legendary game has been around for more than 10 years which is how Riot proved that Valorant would be as impressive as their previous title.

But, that is not the only reason why Valorant is so popular among people. It became so anticipated because Riot announced that their servers will be 128 tick and that every user on the planet would have low ping (at least below 50). What this meant is that this first-person shooter will provide an extremely smooth experience. This is something that only several games have managed to do.

So, if you’re looking for a competitive title, you should definitely consider Valorant. It is free to play and it is still quite new which means that people still have a lot to learn about it.

I don’t think many people would agree that this videogame should be put on this list, but I believe that adding a bit of diversity in the competitive world is always good. Sure, it wasn’t built to be a competitive player versus player, but it does have some elements that push people to get better at it. In fact, there are even tournaments held for Destiny 2.

However, the learning ropes for Destiny 2 are a bit more difficult than when playing titles such as League of Legends, Counter-Strike Global Offensive, and so on. There is just too much content that you will need to process. You cannot force through this content as fast as possible. You will need to understand how everything works, how to get the best gear, how to fight against certain types of players, and so on.

If you want to delve deeper into the PVP aspect of Destiny 2 you will need to get some gear. There are two ways you can get it. You can either grind for days, weeks, or even months to acquire it or you could hire a carry that will boost you throughout the most difficult dungeons and quests as suggested by this website. Naturally, it is much more fun to go through the quests alone, but if you do not have time to grind through all of them, there is nothing wrong with hiring a carry.

We all know just how popular the battle royale genre became in the gaming world. With the release of popular titles such as Player Unknown Battlegrounds and Fortnite, this genre was a major success. They pulled in millions and millions of players from every genre, there was a spike of new users on the Steam platform, the Twitch platform, and even YouTube. It became quite obvious just how successful the Battle Royale genre is and how much there is space to grow.

Respawn Entertainment saw the potential of the genre and immediately started working on the project. And with enough help from Electronic Arts, we got Apex Legends. This title introduced so much new content in this genre, I think it deserves a place on this list.

With the rank system, I believe it is safe to say that it is quite a competitive game, especially in 2023. Tournaments for Apex Legends are held all the time where players and teams have the chance to win tens of thousands of dollars.

It is also quite new which means that you have a bigger chance of becoming quite good in Apex Legends.

Call of Duty has to be the most famous first-person franchise in the world. The first release for the franchise was in 2003 and after 14 different Call of Duty games, we finally see the release of Call of Duty Modern Warfare (2019).

And it is safe to say that this title is another success. The FPS element has been perfected, it’s smooth, the movement is fluid, the recoil of the guns is just right, etc. Call of Duty always had tournaments and there are ones for Modern Warfare too. The prize pool for the CDC Minnesota Open 2023 was around $250,000. This shows you just how much potential there is in Modern Warfare and if there ever is another release in the future, you will be good in that game too.

There are hundreds of other video games out there that are just as competitive as the ones I mentioned above, but I believe these are the most popular right now. 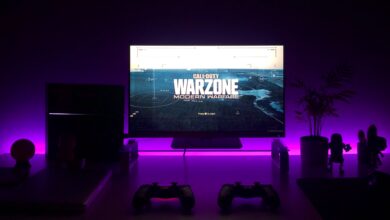 The Best Sites That Can Help CoD Players 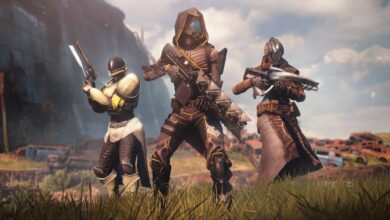