‘Malcolm in the Middle‘ is a popular American TV series broadcasted from January 9 in 2000 to May 14, in the year of 2006. During the 6 seasons, 151 episodes were aired, and many of them remained in the memory of many fans of this comedy series. There are also numerous awards for this TV series such as 7 Emmy Awards, as well as a Grammy Awards along with numerous nominations for the Golden Globe Awards.

However, what is the best episodes from ‘Malcolm in the Middle’ series? If you are a fan, you will probably find some of your favorites in the following list. If you have never watched ‘Malcolm in the Middle’, we certainly recommend you to watch at least these few episodes that we have highlighted because it is a really interesting series. Well, if you’re ready, let’s start.

Probably all the fans felt a little sad about Reese when he expected Cindy in front of his door, but Cindy was actually a bad joke by the four girls from his school. The four of them brought pigs with the inscription ‘Cindy’ on her head, and this devastated Reese. However, this case didn’t only affect Reese, but also Lois, who became even more furious when she saw the poster with Reese and ‘Cindy’ in school. She wanted revenge after that.

The girls on her vengeance list were Kristin Peterson (gum in the scooter helmet), Diane (all her favorite dolls were butchered), Heidi Kaczenski (a bikini and a pack of condoms) while the last victim of the vengeance was Paula, whom Lois and Reese (to whom she said what she did with the other three girls and he joined to complete the vengeance) shoot with balloons with paint using Hal’s pitching machine.

In the 10th episode of the 6th season, Malcolm, Reese and Dewey tried to destroy the billboard by drawing graphite on it. However, when their mother Lois appears, they give up that plan. In order to try to get out of an uncomfortable situation, Malcolm suggests writing “I Want Respect” on a billboard that is actually a commercial for a strip club.

In the meantime, crowd and media came and they think that Reese, Malcolm and Dewey are protesting for women’s rights. However, while everyone believed in their alleged protest, Lois realized that they were actually only hooligans who tried to destroy the billboard.

“Water Park” is 16th episode of the first season of this popular TV series. Lois, Hal, Reese and Malcolm are preparing to go to the water park, but they must first find the appropriate babysitter that will take care of Dewey who can’t travel with them because of an ear infection. Still, they manage to find Mrs. White who remains at home to care about Dewey while the family is in the water park.

In the meantime, Francis loses to the pool game of Spangler at Marlin Academy. However, he finds out that Francis let him win and therefore, again requires him to play a new game where both will play the best they can. However, in order to avoid hours of learning on PBS, Francis decides to play bad, and Spangler follows him in an equally bad game for both of them.

During this time, in the water, park Reese and Malcolm fight each other, until Lois begins to yells at sons on the water slide. Malcolm then pushes Lois down the slide, but she manages to catch and pull both of them down. In the meantime, Dewey has made friends with Mrs. White, whom the ambulance drives away after they were dancing. After that, Dewey is chasing after a balloon and eventually is in Chinatown, away from home. 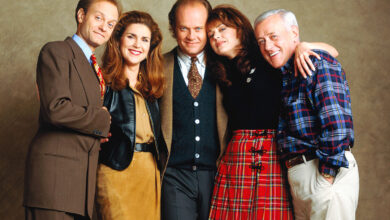 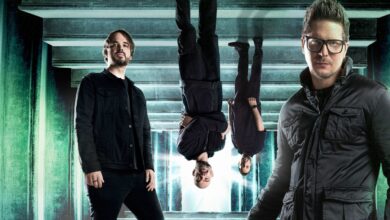