There are various movies made about Naruto, but one that definitely stands out is ’Boruto: Naruto the Movie’. This is the best Naruto movie according to many Naruto fans.

’Boruto: Naruto the Movie’ was made in 2015 in Japan. It is an animated film and directed by Hiroyuki Yamashita. The plot is based on Masashi Kishimoto’s manga and anime called Naruto. This movie is the part of the Naruto Project and the eleventh film made about this topic. Ukyō Kodachi assisted on making this anime and later wrote the Boruto manga.

This movie was announced during the previous Naruto movie named ’The Last: Naruto the Movie’. It arrived in Japanese theatres in August 2015. After that, it was subtitled and released in the U.S. on October 10.

The manga version is made of redesigns and new concepts that could be included in later arcs. The anime shows some plot elements that were deleted from the writer’s original draft for the film.

The anime focuses on the main character Boruto Uzumaki, Naruto’s son. He had to leave his family due to being the leader of the ninja village they lived in. Sasuke Uchiha suddenly returns to the ninja village to warn the inhabitants about two beings who could harm them and become a big threat. They could destroy the peace in the world that ninjas had set in the previous years.

Kishimoto had a huge role in the making of anime, writing the script, details about each character and screenplay. He has faced some difficulties so many staff members helped him with the project and created some new scenes in the movie.
This movie slowly became the franchise’s highest ranking film. It includes good animation and fight scenes as well as a decent presentation of Boruto’s character. It was criticized mostly for the unexplored relationship between Boruto and his father.

The movie is opened by the battle scene between Sasuke Uchiha and an unknown being. They are being watched by another enemy the whole time. After being warned by Sasuke, Boruto asks him if he could teach him to become stronger than Naruto. Sasuke helps him learn the Rasengan technique and to learn for the upcoming ninja test, Chunin Exam.

During the exam, Naruto catches Boruto cheating and disqualifies him. The two beings Sasuke previously mentioned were destroyed by Kinshiki Otsutsuki and Momoshiki Otsutsuki. The beings were going after Naruto in order to make a chakra fruit so that they could become immortal. Naruto sacrifices himself to save everyone in the village. Sasuke promises him that he will keep Boruto safe. After feeling that Naruto is still alive in another dimension, Sasuke and Boruto go there to bring him back. They won the fight with Momoshiki and returned home. Boruto trains to become a strong ninja who protects the village.

’Boruto: Naruto the Movie’ is one of the best anime movies ever made and you should definitely watch it if you are a fan of Japanese animes and Naruto. 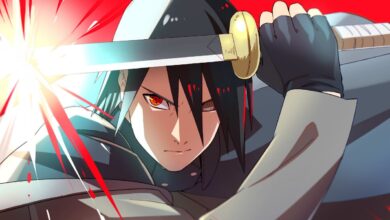 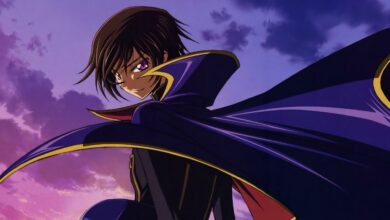 4 Best Anime Like Code Geass You Need To Watch