“Code Geass” is arguably one of the best anime shows that was ever broadcasted. It gained a huge following throughout the time. All of the elements like strategic geniuses, mysterious powers, cool mecha, and great plot twists are at the highest possible level. Naturally, after it became the huge planetary hit, many anime shows started copying some of their elements, in order to bust their quality and attract the fans of this popular show. Also, the fans are looking for a similar show. Now, we are going to present you with 4 best anime shows which are similar to “Code Geass”.

“Code Geass” features some of the best characters you have ever seen on an anime show. So, in terms of the overall characteristics of the character, you should definitely watch “Death Note”. “Death Note” tells the story of Yagami Light, who acquired a death note, Shinigami`s notebook, who kills the person whose name is written in it. Yagami, after learning the powers of the book, starts hunting and killing all the biggest and fiercest criminals. This show tells the story of deciding between right and wrong, and it does one hell of a job.

“Zetsuen no Tempest” tells the story of a mysterious woman who gives magical powers to people who are lucky enough to meet her at some point. Her name is Hakaze Kusaribe. At some point, Samon Kisaribe banishes her to a desolate island in order to prevent her from involving in his plan to resurrect the Exodus tree. With her being probably the most powerful mage in her clan, Hakaze has some cards in her sleeves to prevent his plans. One day, she meets with Mahiro Fuwa, a young man with whom she teams up. Mahiro`s friend Yoshini Takigawa gets involved in the process, and it doesn’t look good.

If you love political conspiracies and epic scenes of battle, then “Fullmetal Alchemist: Brotherhood” is the perfect choice for you. Also, it is exceptionally good, so, it will surely meet your high standards. The story follows two brothers who break the balance of the world by reviving their mother from the dead. But it doesn’t come without consequences. Alphonse Elric loses his entire body, and Edward Elric loses some of his limbs. They start a journey in which they try to find a philosopher`s stone in order to bring back their missing limbs and body.

“Eureka Seven” follows the story of a boy Renton Thurston. Throughout his childhood, he fantasized about joining aircraft mercenary group called LFO and riding the trapar particle waves. One day, a girl who is a member of LFO visits his grandfather`s mechanic shop in order to fix her damaged equipment. This is when the plot twist happens. Their village gets bombed by LFO. Renton helps Eureka by using Amiti Drive, a device that has some powerful, but hidden abilities. After that, he is recruited to Gekkostate, and this marks the start of the long, dangerous, and fun adventure. 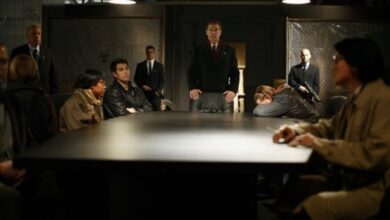 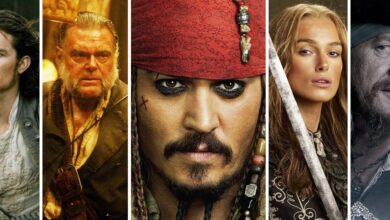