If you are looking for a film that tells a true story, that was filmed in a real-world setting, and that is going to move you to tears, you need to look no further. The 2019 movie called “The Islands” meets all of these three requirements, which is why cinemas all around the country have been packed with people wanting to see it.

After watching this film, we can say that the interest of viewers does not surprise us. If you still need some convincing to put this motion picture on your watch list, keep reading this article, because we are going to introduce you to the plot, but also the director, some of the actors, and we are going to tell you some interesting things that will make you want to see it as soon as possible.

What makes it worth your while?

Now that you know the plot, let us tell you some interesting facts about this project. First of all, the entire movie was shot in Hawaii. For the director, Tim Chey, who is the resident of the island and also a big history admirer, this was the only option.

Moreover, another thing that viewers really appreciate is the fact that the native language can be heard in this film. This was done with the goal of allowing the audience to completely immerse into this period of time in Hawaii. Besides, many viewers said that this film changed their lives and they even said that is conveyed “a beautiful message of love and salvation”.

According to the words of the director, Tim Chey, “The world needs a Savior right now, and we hope to bring light to a dark world via cinema”. What’s more, he even challenges the audience to think of one world leader that “would have gone into an active volcano to demonstrate the new faith”. Due to the fact that today, we are faced with numerous issues in different aspects of our lives, we would have to agree that answering this question is quite difficult.

One of the many reasons why this film is so highly praised by the audience is the cast. Firstly, the roles of missionaries are played by Academy Award winner Mira Sorvino, John Savage, and Michael Camp who played Mary and Henry Thornton, and Hiram Bingham, respectively.

Each of these characters has a unique story and throughout the entire film is faced with doubts both in themselves and in God. This makes the whole experience of watching this motion picture even more fascinating, because not only do you get to see the locals struggling with accepting a new faith that is being preached to them, but you will also see how each of the three characters adjusts to the new setting and learns more about the conflicts within them.

Even though each of them goes through a hard time during their stay in Hawaii, they all manage to get back on the right path, and one thing that they all have in common is their faith. This is even something that attracts the attention of the natives, especially when one of them, Bingham, offers himself as a sacrifice to Pe’le.

Furthermore, when it comes to the rest of the cast, these roles are portrayed by Hawaiian/Polynesian actors, with the main role of Chiefess Kapi’lani, played by magnificent Teuira Shanti Napa.

What is the storyline?

Firstly, we are going to tell you a little bit about the plot of this film, since it is something that interests you the most. The narrative is set in early 1820 in Hawaii and it follows the journey of three missionaries as they preach Christianity to the natives. Needless to say, as it is to be expected of that period, they were not welcomed by the tribe.

The locals were frightened by the newcomers since the last ones who had come to their island had brought guns and machinery, putting them all in danger. Taking this into consideration it is natural that they were suspicious of the missionaries and that they wanted them to leave immediately.

However, there was one young lady who was interested in hearing what these people had to say – Chiefess Kapi’olani. Even though one of the first questions she asked them was, “Why do we need a new God?”, not only did she do everything in her power to protect the missionaries, but she also asked a lot of questions and was the only one who wanted to understand what they had come to preach.

The natives already had a god – a goddess of the volcano, Pe’le, whom they feared. Still, this young chiefess was courageous enough to question the love of God that demanded human sacrifice. Even when her entire tribe was against her, fearing that her acts might enrage Pe’le and cause their deaths, she did not cave in. In the end, she descended into the volcano, after saying a Christian prayer, with the goal of showing everyone that there is only one God.

Even though this movie did not receive a lot of media attention, it has still found a way to reach the audience and tell this wonderful, 200-year old story. This summer, it will available on multiple platforms such as Hulu, Amazon Prime, iTunes, and so on. Do you know what the best part is? Tim Chey has signed on to direct the sequel called “The Islands: Betrayal”, and we cannot wait to see it. 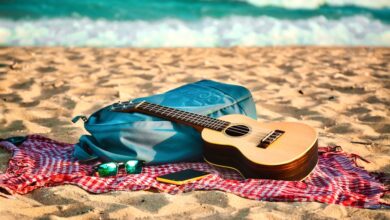 What to Bring for Your Hawaii Trip – 2023 Guide 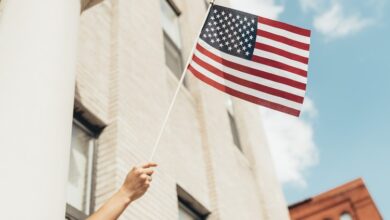