Black Clover is a Japanese manga series that is written and illustrated by Yūki Tabata. The story is following Asta, a young boy that was born without any magic power, but he plans to become the next Wizard King, with his fellow mages from the Black Bulls. Being born without any magic powers is very strange in this world because every that is born here has the ability to utilize Mana in the form of magical power. Asta is the only exception to this rule, and he tries to compensate that through physical training. He finds himself facing a terrorist organization that is gathering magic stones to conduct a ritual to destroy the Clover Kingdom for its actions against the original inhabitants at the time of the first Wizard King.

This manga was adapted into an original video show that is produced by Xebec, and it was released in 2017, as well an anime television series that was produced by Pierrot, which aired in Japan in 2017.  We are going to introduce you to the best characters from the animated series Black Clover.

Asta is the main character. He is a cheerful orphan who was raised in a church. His dream is to become the next Wizard King and to become the kingdom’s Magic Emperor.

Yuno is also one of the main protagonists and he possesses massive amounts of magic and he can cast multiple spells at once.

Julius Novachrono is the 28th Magic Emperor of the Clover Kingdom and he is also a former Grey Deer squad Captain. He loves to learn about magic and he is obsessed with it.

Yami Sukehiro is the first captain of Clover Kingdom’s magic knights’ squad named Black Bull. He uses dark magic and he is a vital character in the series.

Mimosa Vermillion is a fifteen-year-old girl from the noble House Vermillion. She has the rank of the 5th class as an intermediate magic knight of the Royal Knights and Golden Dawn squad.

Noelle Silva is a very arrogant noblewoman from the royal family House Silva. She is also a fifteen years old girl and has powerful water magic. She is the female lead from the series.

Lily Aquaria is a nin who takes care of the children at the Hage village orphanage, where Asta grew up. She can manipulate the element of water and she can use healing magic.

Leopold Vermillion is a nobleman from the House Vermillion, the royal family. He uses fire and reinforcement magic and he can boost his physical abilities.

This series is very interesting and full of magic. If you like these kinds of animes, you will love this one. If you decide to watch it, you will not be disappointed. 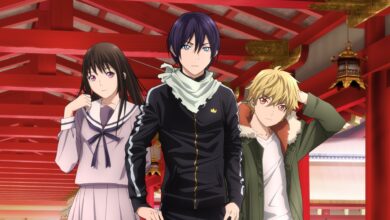 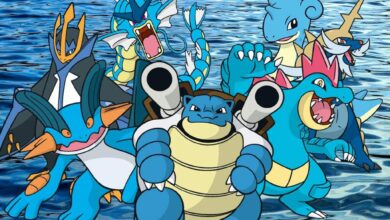