Every driver in the world loves his car and consider it as a member of the family. He cleans it at least once a week, checks if every part works properly, etc. However, these are not the signs that you are a true car enthusiast. It only means that you got used to your vehicle and you hope it will work for a longer time.

For car enthusiasts, this sort of vehicle is not only an item that will drive them from one place to another. Because of that, we would want to talk about signs that say you’re a car enthusiast. Maybe you still did not realize your passion. It is the right time to do that.

Talking Only about Cars

Let’s imagine that you have a job where you spend at least 8 hours of your day. However, after that, your habit is to go to a restaurant with friends/love partner. That is the best way for you to relax. Logically, when there are more people, you will have the chance to hear different subjects. However, are you the one who is constantly talking about cars? Do people around you tell you that you should change the subject?

Car enthusiasts do not have other interests. Everything they talk about is associated with different models of cars, other drivers, etc. Indeed, you can talk with them about other things as well. However, the conversation will always end in the same manner.

Knowing Everything about Cars

Let’s use basketball fans that are extremely passionate about this sport. First of all, they will play basketball in the neighborhood every day. Despite that, they will know all the results, statistics, and other stuff. They would even go further and remember the height of each player in NBA, Euroleague, etc.

Well, this also counts for car enthusiasts. Let’s once again imagine that you sitting with a group of people. However, this time you are talking about cars and someone mentioned a current model of the car. If you are familiar with all its features, then that could be a good sign that cars are your passion.

The scientist does researches, reads different books to improve his knowledge about the current field. Passionate car drivers are only reading blogs that are describing different cars. They are also listening to podcasts, watching the TV shows, and other things associated with this subject. As we said, the car industry is their main priority. They would even now every important news that happened in this industry. If a current brand released a new model, they will be the first one that will know about it.

Everyone Is Your Competitor

This is one of the things that seem ridiculous to people that are not passionate about cars. However, the way of thinking that car enthusiast has is not something everyone can understand.

Let’s imagine that your best friend or the first neighbor bought a new car. He invested a bit more money and the model he purchased is better than yours. How will you accept that someone who you know has a better vehicle than you? Would you completely be okay with that?

Car enthusiasts can’t stand that their car is not the best one. When they see that something like that happens, they would rapidly try to improve their vehicle. They are not jealous because someone else bought a new car. However, they feel inferior when their vehicle is not something people will admire the most.

Still, the car of another person does not even have to better or more expensive. Things are even more complex when someone has the same model of car as you. The person that possesses the same car does not even know that he is your competitor. However, you will do everything to somehow make your car different and better

Okay, this depends a lot on the personality type of the driver. Still, most of the drivers need to compete even when the competition does not exist. Let’s say that you are driving slow somewhere in the city. However, at once, another car passes next to you at a high speed. If you are a car enthusiast, this will be a big challenge for you. You will consider that he is trying to race with you. Logically, you need to win this race and that is the moment when you step on the gas pedal.

Still, there is one thing that we have to say. We can’t change your personality, but you should be careful. Racing on the city streets requires a high level of concentration and skills. If you are a less experienced driver, you have to control your emotions.

As we said, the car that this type of people drives has to be expensive and powerful. Still, car enthusiast worries a lot about uniqueness. They will look for different ways to make their vehicle recognizable on the streets. For instance, you can improve the design of your vehicle with show plates. There are websites like number1plates.com that offer different sorts of show number of plates.

Well, if you clicked on the link about show registration plates, then you can say “I am a car enthusiast”. An average driver would not think a lot about the design of his show plates. Yet, car enthusiasts take care of the tiniest details.

There is always something that you will have to repair, fix, and change. Hopefully, something like that won’t happen in the first two years after you buy your car. However, the issues are happening when we expect less. Because of that, you should prepare your budget and nerves for the worst-case scenario.

Yet, car enthusiasts do not like to collaborate with others when their car needs repair. Instead, they would try to fix things alone. First of all, they do not let that anyone else touches their car. Despite that, they are interested in this subject and they want to do things alone. It doesn’t matter if they know or don’t know how to solve the problem. They will try to learn everything necessary to make things right. 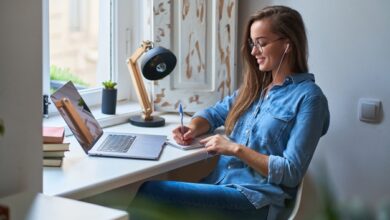 How to Study Correctly, Consolidate Knowledge and Complete all the Courses Perfectly 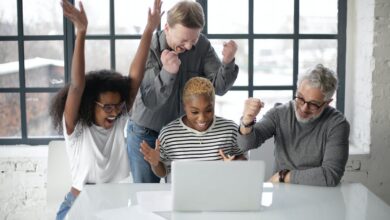 8 Reasons Why Marketers Should be Using Bulk SMS