Accidents are a common occurrence for all drivers. Regardless of how careful you are, you can’t influence how other people drive. Every time you sit behind a wheel, there is a chance that an accident will happen. After all the dust has settled after an accident and more pressing issues have been resolved, you are left with a wreck of your car. The question is what to do with it. As it turns out, you have several options at your disposal.

Determining the Value of Your Wrecked Car

How much money you can get for your wrecked car depends on several factors. Obviously, the first one is the condition of your car and how much of it can be salvaged and resold. The second is the make, model, and age. Some models are in high demand, as many people are looking for them, others not so much. If you are lucky, you may run into a buyer who is looking for the exact model you have. All these will influence the price you can get. New cars will be much easier to sell and will fetch a better price. If you have a notable model, like an old VW van or similar, it will fetch a nice price, since many people are rebuilding them and are in need of original parts. First, let’s see in what condition you can sell your car.

Sell It as Is

This is the easiest option, but the one that will bring the least amount of cash. However, it is probably the only way to sell a totaled car not worth repairing. Check it out to see how much money you can get for your junk car. Often, the price of repair is higher than what you can get for a repaired car. In that case, it simply isn’t worth the trouble and you may as well sell it as they are. One issue you can encounter is transportation. Many of the buyers will tow your car free of charge, but not all of them offer this service, especially for low-value cars. This is also the simplest method, involving the least amount of hustle. They will come, appraise the car and pay you on the spot. Then they will load it and take it away. All in all, you can get rid of it in less than 30 minutes. You need to ask around before choosing a buyer. Also, some don’t want to buy a car if it has a salvage title. Depending on your state laws, it may be difficult for them to resell it later. Cars with salvage titles are notoriously hard to move.

Repair the Car, Then Sell It

Often, small repairs can increase the value of the car dramatically. It is a huge difference if you are selling a car as a wreck or as a car that runs. Sometimes, you can get them running on the cheap, especially if you are handy with the tools and can make the necessary repairs yourself. In that case, your only expenses will be parts.

Sell It to The Insurance House

After a collision, you are faced with a choice of either repairing your vehicle or selling it. For the most part, especially if the damage is massive, people will try to get rid of the car. Sometimes the car has suffered only minor damage, but the owner simply doesn’t want it anymore. They don’t trust that car will be as good even after the repair or there are some bad memories from the crash. Either way, the insurance house can offer you a settlement and simply buy them from you. This is probably the most hustle-free method of settling the issue.

Salvage vehicle auctions are where an insurance company will sell your wreck of a car, so you may as well skip them and go there yourself. You will get more money, but you will have to organize transport for the car. Getting towed to the auction will add expenses, as will getting the paperwork in order. You will also have to pay an auction fee. Most buyers here are recyclers, who will bid on your car. Essentially, you are selling your car to a middleman, and you will lose a sizeable chunk of the profits that will go to them instead.

The price you get in a used car parts dealer highly depends on the type of car you are selling. Some models are highly sought after and you can get a nice sum of cash for them. On the other hand, if you are selling a run of the mill Honda Accord, don’t get your hopes up. Their yard is probably filled with them and they don’t know what to do with them. For a classic car with original parts, you may expect to get a nice price. Then again, classic cars are expensive and you may want to consider repairing them and selling them in running condition.

Selling to a Junkyard

This is the bottom rung of the list. These guys don’t care about model, make, or the year. They don’t even care how extensive the damage is. Their only metric is the weight of the metal they can extract from your car. To them, there is no difference between the latest Lexus or a 1992 Toyota. That is why it can be a good idea to take important parts out before delivering your car. Often, you can make as much money from them as you can from the rest of the car.

Hopefully, you now have a better idea of how to sell your wrecked car. Whatever option you choose, it is far preferable than letting it sit and rot in front of your house or your driveway. Not only it is an eyesore, but it can also affect your property value. And neighbors will have something to say about in most cases as well. 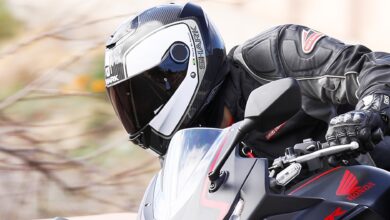 4 Things You Should Know About Motorcycle Helmets and Helmet Laws 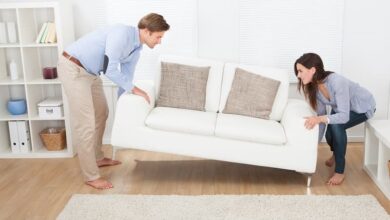 Is it Cheaper to Buy New Furniture or Move It? 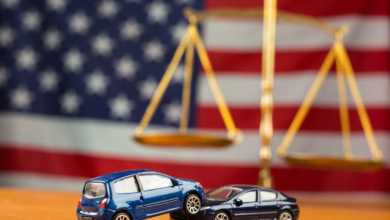 Do You Have to Go to Court for a Car Accident?