Since it was released back in 1989, Berserk has been an excellent anime action series that follows the character of “The Black Swordsman” Guts against a world filled with creatures from hell. Despite the constant hiatuses and breaks from the creators, the devoted fandom is active, patient and ever-present.

If you are a fan of this show, and you miss it in between the breaks, try some of the best anime like Berserk listed below.

This is an awesome follow-up to Berserk, mostly because both of them take place in dark fantasy worlds and have a quiet hero who does a lot of killing, slashing, and hacking. The biggest difference, if we had to think of one, is that Claymore has a female protagonist in Clare, who is a living weapon made in order to kill monsters.

Do you want a mature action series with crazy and over the top gun action? Hellsing Ultimate is the answer you need. This supernatural snow follows the stories of a powerful vampire who protects the world against evil worse than himself. The Nazi-killing story and plenty of grotesque animated violence are what the show has tons of.

Like Berserk itself, Ninja Scroll is a ‘90s anime that is full of violence and sex, not shy to depict these things on the screen. Those who love Guts will surely love and appreciate Jubei Kibagami, who is a lonely wandering swordsman operating in feudal Japan. He battles supernatural ninjas who wish to overthrow the Japanese government, which he starts doing after saving the life of a young woman. Even though the anime is 25 years old, its hyper-violent action is as stunning as ever.

Those who are in search of a flashy and equally violent anime as Berserk will love the famous Afro Samurai. This is a simple revenge story that has an African-American samurai in its center, a man seeking the one who killed his father. The story might seem familiar, but what makes the show special are the gorgeous animations and breathtaking action sequences. This is a pure style-over-substance anime.

Fist of the North Star

Fans of Berserk who are up for a long-running action series should consider Fist of the North Star, an anime that has 109 episodes of classic anime about a highly-trained martial artist. His name is Kenshirou, and his adventures through the post-apocalyptic world are amazing. The trademark head-exploding move constantly present in internet memes and gifs with the catchphrase “You’re already dead” is one of the pop culture treasures this show has given us. 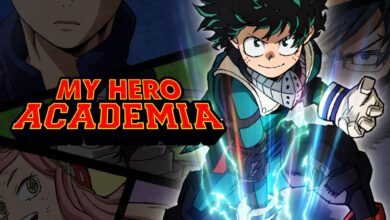 4 Best Anime Like My Hero Academia You Need To Watch 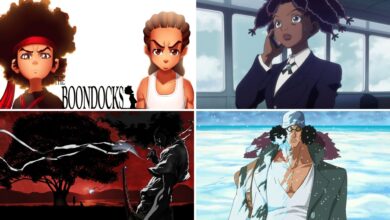