Soil is the source of all life when it is nurtured with enough water, fertilisers and constant care. What if we discover a modern way to go green? Without soil, without soil-borne diseases, with 80 % less water and twice the growth rate! The concept is known as ‘Hydroponics System’ and is as old as time.

Many ancient civilisations such as the Aztecs, the Egyptians, the Babylonians and the Chinese have used the Hydroponics System. It is a unique cultivation technique that involves the ‘growing of plants in the water’. Typically, ‘Hydro’ stands for water and ‘Ponics’ stands for labour.

Scientists and horticulturists have been experimenting with various methods of hydroponics over the last century. In non-arable areas of the planet, one of the potential uses of hydroponics that inspired research was to develop fresh produce.

It is a plain fact that some people can not grow on the soil in the field they own. During World War II, the hydroponics method was used. Soldiers deployed in the Pacific on non-arable islands were provided with fresh fruit and vegetables grown in the hydroponic system developed locally.

But then by the 1970s, hydroponics was not just about scientists and commentators. The advantages of hydroponics system started to draw the attention of conventional farmers and enthusiastic hobbyists.

The Advantages of Hydroponics System

A few of hydroponics system’ plus points include:

In a hydroponics system, the nutrients that plants need are 100 per cent regulated. Growers monitor consistently what plants need and the particular quantities of nutrients required by them. For a detailed guide and information, you can go directly to hydroworld.com.au.

Water is provided to the plantation accordingly. Nutrients are enclosed in the container, so nutrient losses or modifications do not take place.

Nutrients are the backbone of all hydroponics system. Since all of the nutritional requirements of plants are vital, it is crucial to know what is supplied and what can go south.

There are two variables to bear in mind for any nutrient solution.

Nutrients That Are Important For Your Greens

The Hydroponics system’ nutrient solution is much like soil fertilisers. It is a solution infused with all the essential nutrients for roots to come into contact with their development.

Hydroponics System makes it easier to quantify and fill the exact quantities of nutrients compared to soil.

This is mainly taken care of with any pre-formulated hydroponic commercial nutrients. This pre-designed nutrients also come in ‘sections’ of 1, 2, 3, or even more.

Because of that, the grower may adjust the ratio of mineral elements to enable either vegetative or fruiting and flowering growth, or for crops.

Before playing with adjusting the ratios, it is best for the novice to only follow the general instructions.

The above-listed nutrients are a vital requirement for the veggies we grow. In the case of hydroponics system, the deficiency of any of these can show adverse effects on our produce.

Detailed Information about the Nutrients

Calcium is required for the creation and growth of cells. If the plants have not enough calcium, the tips of the leaves and its edges will turn brown and decay. At the initial stage, excessive calcium can hinder plant growth.

Iron is necessary for several functions in plants. It is used in the synthesis of chlorophyll, acts as a transporter of oxygen, and is engaged in chemical reactions for gene expression and development.

In plants, sulphur helps form key enzymes and facilitates in the production of proteins in plants. It is necessary for very small concentrations, but deficiencies can cause significant damage to plant health and loss of vitality.

Boron is used in synthesising the structure and functions of cell membranes with calcium. It also assists with pollination and the development of seeds.

Magnesium is a fundamental building block for chlorophyll, the pigment that helps plants appear green, and the photosynthesis agent responsible for absorbing sunlight. Magnesium is also involved in many of the key proteins associated with the metabolism of carbohydrates and in cellular function.

Without amino acids, the unique proteins that plant cells need to expand cannot be produced by plants. Plant growth is adversely affected without adequate nitrogen. Plants grow excess biomass, or organic matter, including stalks and leaves, with its excess, but the root structure remains underdeveloped

In plants, potassium does not form compounds like other nutrients, but it helps to promote several main processes, including photosynthesis, starch production, protein synthesis, and stimulation of enzymes.

In general, plants that require potassium first display yellow leaves. Plants would be unable to connect with other nutrients, such as zinc, iron, magnesium, when potassium content such as phosphorus, is high.

A critical component of ATP, the “energy unit” of plants, is phosphorus. During photosynthesis, ATP forms have phosphorus in its structure, and functions from the start of seedling growth through to grain and maturity formation.

Phosphorus is therefore important for all plants’ overall health and vitality.

It is used in the production of chlorophyll and some carbohydrates, and its existence in plant tissue allows the plant to survive cold conditions by transforming starches into sugars.

In the formation of antioxidants, zinc is necessary, which helps with growth control and stem elongation.

Copper is necessary for the photosynthetic activity and is also important in the respiration of plants. Moreover, it assists in the metabolism of carbohydrates and proteins in plants.

Chlorine is a micronutrient that is important for the growth of plants. However, if too much chlorine is accumulated in the leaf tissue it may result in leaves with a scorched or burnt condition.

In plants, manganese is used as a significant contributor to several biochemical functions, including photosynthesis, respiration and integration of nitrogen. Manganese is also a part of pollen germination, the development of pollen tubes, elongation of root cells and immunity to root pathogens.

The innovative style of cultivation that Hydroponics System is, it has its own set of instructions to be followed. To ensure good produce, making a point to invest time and efforts is necessary.

I hope this article helped in gaining vital information about different kinds of nutrients needed for your Hydroponics Systems. 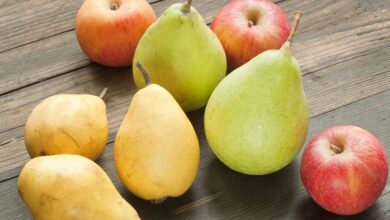 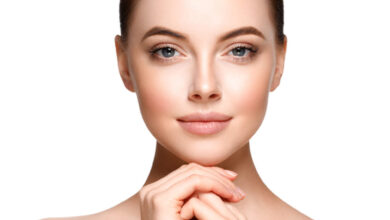 How Magnesium Helps You Get Healthy Skin