Science fiction movies and books are inspired by unreal events and characters. Very often, the future is set in some unreal country. Although it influences both film and music arts, it is still directly related to literature and the film industry. Science fiction writers are highly appreciated for their ability to feel as if we are part of the story ourselves.

You may like it or not, but we will agree on one thing – science fiction is of great importance to the human mind and is present in everyday life. Many events also evolved from predictions that were part of the plot of a film. On the other hand, this genre will very easily relax you and make you forget about the things that worry you.

People often equate this genre exclusively with aliens and spaceships, which is wrong. Yet there are plenty of common themes and motifs that run through these works – the first encounter of an alien and man, the alien invasion, the future of humanity, the time machine, and so on. Erotica and religious themes are often used.

While amateurs generalize science fiction as a genre, true fans do see a clear division of this genre into two subgroups – hard and soft sci-fi. Hard sci-fi encompasses phenomena that are unrealistic, but not impossible. Hard sci-fi brings together natural sciences such as biology, chemistry, physics, as well as many others that deal with theory and their changing natural and technological discoveries. Very often, the notion of hard science fiction is related to the influence of the development of technology and science on society, while soft science usually describes psychological and sociological topics. From this, we see that soft is focused on social sciences such as physics, history, anthropology, psychology, and economics.

Therefore, if you are a fan of this genre, and we believe you are since you read this, we bring you a few facts that will show you are on the right track.

It has been scientifically proven that reading reduces stress, develops empathy and imagination in people, enriches vocabulary, develops creativity, strengthens brain function. What is special and attractive when we talk about science fiction as a genre in the world of literature and the film industry is the kind of reader. You’ve probably heard, and you may even know, of a person who is so fascinated by a character that she wanted to look just like that. If we think objectively, we can say that science fiction is full of elements and infidelity and that there is not the slightest reason why as such it should be older than ten. Superheroes, wizards, flying cars, and dragons are just some of the motifs often used in this genre. These are just some of the good things about reading. If that is already the case, why not use it and choose a good sci-fi book that Coolthingschicago.com suggests to us? We can say that reading literarily opens our minds to new ideas and possibilities.

Science fiction has predicted many inventions

Yes, you read that right. Many of the inventions of the present originated from science fiction. Take, for example, Arthur Clarke, who wrote in the book Paradise Fountains about elevators that lead from the equator to orbit. This is exactly what is being considered today to reduce the costs of transporting people and goods into space. In Star Trek, the characters communicated using a telecommunications device that in many ways resembles a mobile phone. All this leads us to the conclusion that science fiction served as the inspiration for many inventions.

If a book or film directs us, we will very easily wander into the depths of the plot, find ourselves face to face with the main characters, and peek into every corner of the room where the plot takes place. Imagination will take us to amazing places and contribute to experiencing the work itself in the right way. Fans of this genre are often said to be dreamers, precisely because they can very easily “enjoy” the action.

Fantasy gives us hope, hope for a better life, hope that we can win, survive, fight with supernatural forces. And if we can deal with something that doesn’t exist, then our real problems are a piece of cake, right?

We all sometimes wish to escape from everyday life. And is there a better place than escaping to the virtual world? Good, old fantasy is a cheap ticket to escape. Your brain will be grateful to you, too, because you encourage its creativity and work.

We also live through the characters. We identify with them, their memories, celebrate their victory, and mourn in moments when they lose. Many characters have become iconic and recognizable in the real world even to those who have not watched a movie or read a book. Is there a person who doesn’t know who the avatars are, Captain Spock, Spider-Man, Batman? This may take some time because the list is too long.

We must not forget that an extremely good team of people is needed to make a film like this. We need support from the IT sector, graphic design, support for special effects. In the end, the budget must be huge for everything to be realized. Taking all this into account, we believe that many films are worth your attention.

There is a saying that says that a person learns while he is alive, and you will certainly achieve this by reading books and watching television. At the same time, this is a perfect way to spend a rainy day, and it can be a very interesting topic to talk about on the first date. We believe this meeting could take a long time … 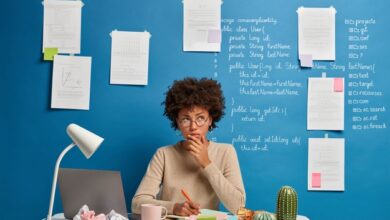 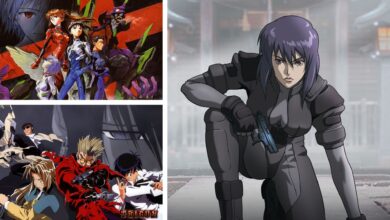