Why has the use of green energy in homes increased? Why should you use renewable energy in your home? For multiple reasons, but basically, because it is cheaper, more sustainable, and helps to combat climate change. If you want to know more, continue reading.

Every day we are more aware of the relationship between the emission of greenhouse gases and climate change. This increased awareness has translated into increased demand for green energy consumption in all areas: domestic, industrial …

For this reason, the electricity marketers are making a great effort to offer electricity from one hundred percent of renewable sources, but we must know that it does not depend on them, but it depends for example on the weather: wind, rain, sun, etc …

In this article, we will talk about wind energy and the main advantages of it…

How does it work?

As energy source wind is free and unlimited. Wind turbines use this “raw material” by initially converting the kinetic energy of the wind into a mechanical rotational one. A generator then converts this into electrical energy. High average wind speeds and the size of the rotor area are decisive for high electricity yield. With an increasing height above the ground, the wind blows stronger and more evenly. The higher the wind turbine and the longer the rotor blades, the better the turbine can utilize it.

Turbines have already paid for themselves in approximately three to seven months. This means that after this time, the system produced as much energy as was necessary for production, operation, and disposal. This is very short compared to other renewable energies. Conventional power generation plants, on the other hand, never pay for themselves in energy terms.

In addition, the use of it offers the most economical expansion potential among renewable energies in the short to medium term. Electricity generation from wind turbines, therefore, plays an important role in the energy transition.

The first known use of wind harvesting dates back to 3,000 B.C. when the first Egyptian sailing ships began to be used. After that, the human being started to use the flow of it to perform mechanical tasks that required great physical effort. In this way, the first windmills emerged whose function was to grind the grain or pump water from the wells.

The great interest in this renewable source will come with the first oil crisis that hits the world in 1973. In the 1980s the industrial and technological boom for modern turbines will emerge. Currently, many countries have this as a developing primary source. China, India, South America, and the USA are the countries that stand out as future great generators from this source.

What are the basic conditions necessary for the production of it?

For the production of electricity, wind generators are needed, the basic parts of which are a propeller, a transmission mechanism, an electric generator, a supporting pole, and a current transformer necessary for connection to the electricity distribution network. The diameter of the rotor can be up to 120 m, while the weight of one propeller is up to 20 tons, and the height of the pole with the generator is up to 130 m. A complete turbine can weigh about 200 tons.

In order to check whether there are conditions at a certain location for the installation of generators, it is first necessary to measure the wind speed, and it depends on the configuration of the terrain, objects on the ground, and their height.

10 Advantages of it witch explain its importance

The advantages that have allowed it to survive, and make it one of the leading energies within the wide range of renewable energies, are:

– Low pollutant: the energy generated by turbines is the one that has the least impact on the environment, due to the fact that during its generation there are no implicit combustion processes.

– Generates more energy: the electricity produced by a turbine reaches a capacity similar to that of 1,000 kg of oil, preventing thousands of liters of this fuel from being burned daily.

– Collaborate against atmospheric pollution: this type of it prevents the sending into the atmosphere of thousands of tons of polluting gases caused by the combustion of coal and oil.

– Less aggressive impact on the soil: another advantage for our environment is that its generation does not have aggressive impacts on the composition of the soil or its credibility; therefore, in addition to collaborating against air pollution, wind power plays a key role when it comes to soil pollution.

– Its transport does not generate environmental impacts: the energy produced by it, compared to other fuels, has a zero impact on our natural environment when it is transported since it does not use pipes, boats, or trucks.

– It is eco-friendly: the generation of electrical energy by means of the wind does not produce polluting gases, does not contribute to the greenhouse effect, does not destroy the ozone layer, and does not cause polluting residues.

– Its potential is enormous: As Clean Energy Ideas suggests if we manage to reach its full potential, the energy produced would be 20 times more than the electrical demand of the entire world population.

– Growth is increasing: as a penultimate advantage of it, we must mention its constant growth. In 2010, it only accounted for 2.5% of world electricity production, but it has grown 25% every year since then.

– A decrease in costs: costs have been decreasing by 80% since 1980 (and it continues to decrease every year).

Through the path traveled in the search for alternative energies for the substitution of fossil energy sources, it has been in constant development and, in addition, its implementation continues unstoppably. 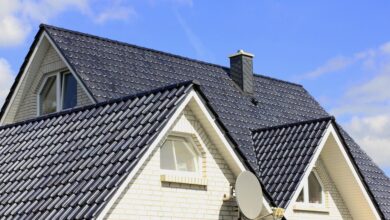 The Roof that Made a Difference 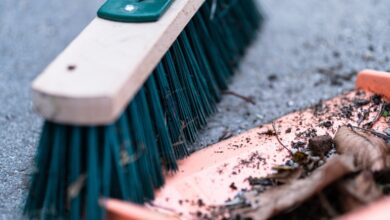 Why Credible Environmental Organizations are Worth Your Support 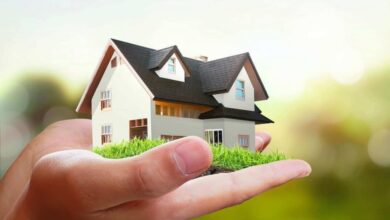 Why You Might Need an Engineer to Keep Your House Healthy