Sweden is a promised land for many of its residents and people who immigrate there. But, many investors are not yet keen on investing there because they’re still not aware of the vast potential this country has. At the moment, this North European country has a highly developed business sector and an educational system that is on par with the best in the world. If you look at many scientists who work there, you’ll understand why they’re one of the leading nations in terms of innovations, engineering, and the environment. Just look at the list of global brand companies founded in Sweden: IKEA, Volvo, Ericsson, H&M, just to name a few. When you combine all of this, it’s no wonder this Scandinavian jewel is ranked top five by Forbes when it comes to the countries’ worth of your investment.

The part above is not all by no means. Oh no, we are only getting started. Sweden is hugely opened, not only for businesses but also for people, other cultures, trade, and various other influences. You would be wise to make it your money interest due to all trends and ideas that originate there. Back in the day, due to these characteristics, Sweden served as a testing polygon for global brands such as Samsung, Adidas, and Coca-Cola. Not only do they develop their brands, but they’re also positively opened to those coming from abroad, which are all welcomed in the land of Zlatan Ibrahimovic. As they call it abroad, the elongated country is the leader in changing the world as we know it. It has been for a while now, and it will continue to do so in the future. They are already ahead in terms of the latest technologies and technological advancements, which can be testified by the brand names such as Skype and Spotify, both of which originate from Sweden.

Can you believe all of this? We hope you can as it’s all true. Because of what we wrote above, Sweden is one of the countries that foreign investors adore. The bureaucracy is simple and one of the most cooperating ones in Europe; they’re opened for new business and accept them and aid in developing and are low on taxes, which is a fantastic advantage. The plus most of you will overlook is that Sweden is one of the leading countries in the European Union, which means it can access a vast market with a massive population. But, the people you should look forward to the most are the locals -the Swedes. They’re known as people of the world who look forward to achieving success through the sheer effort if there’s no other way. There’s no stop to improvements in this country, which is why we decide to give you four reasons why Sweden is an attractive country for foreign investors.

As we already mentioned, Swedes are very opened as people, and this is something that transfers to the way they do business. Liberalism is very strong there, and it can be seen in all spheres of life, and business and trade are no different. There aren’t many countries that can parry Sweden in the department of being business-friendly and modern. Many international companies flourished under the Swedish sky because of skilled professionals and healthy business surrounding they encountered. They offer plenty on all fields, and if you check out samuelssonsrapport.se, you’ll be sure that their stock market is no different.

This country is the home of the Nobel Prize, and this should be enough for you to tell how high the level of education is in this Scandinavian country. We can guarantee you that you won’t find the level of cooperation between the universities nowhere in the world as it is in Sweden. The number of researches they have ongoing is immeasurable, and they have no plans to stop in the future. With all the innovations they have, business is expected to be booming in the coming years. When it comes to technical development, its capital, Stockholm, is rated as the second only to Silicon Valley in terms of being a prolific tech hub. The mensurable used was the number of companies worth billion or more per capita. As we already said, companies such as Spotify, Volvo, and IKEA all originate from this country. Because of this, Forbes recommends Sweden as your go-to land when it comes to business investments.

When it comes to these traits, Sweden is unparalleled. They’re highly competitive in labor for one simple reason – their work-force is one of the most educated in the world. Their productions are very high as they’re also known as very hard-working people. The organization’s skills are cherished throughout history, which can be seen in how their companies are operated. Whatever they do eventually results in efficiency that creates quality.

Every business will pray for these two things upon entering a new market. In Sweden, they come around by default. Talk about answered prayers. The banking system in this Scandinavian country operates without a fault, as their healthy public finances back it. Furthermore, this country is unparalleled in terms of the political stability it offers when it comes to the political situation. When you combine all of these things, your business has very little chance of failure on Swede soil. Its infrastructure provides plenty in all spheres, which is something that thrills foreigners once they arrive. When it comes to technologies such as the Internet, it is among the world’s leaders with a network that spreads across the country, with a speed that anyone can be envious of. The best part is that it is surrounded by other similarly developed countries such as Norway and Finland, with whom it cherishes good neighboring relationships, which are also favorable for all business ventures. 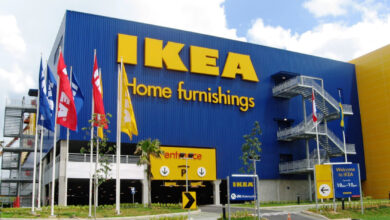