Going green can be super expensive. You’ll tack on an extra $5,000 to the price of a new Honda CR-V if you select the hybrid model. A tube of Tom’s of Maine natural toothpaste costs about twice as much as its Crest or Colgate counterpart. The price jump on organic food alone can be significant.

Even if we identify as environmentalists, we don’t always know how best to reduce our impact on the planet. That’s especially the case when our bank account feels the pinch of our principles. Fortunately, there are things you can do that will help save your wallet and the planet. So consider embracing these six tactics: Both your wallet and Mother Earth will thank you.

1. Leave the Car in Park

It’s hard to calculate the true cost of the internal combustion engine. A century and a half after its invention, it has filled the air with toxic particles and raised global temperatures nearly 2 degrees Fahrenheit. The Paris Climate Accord aims to cut greenhouse gas emissions to prevent a tipping point where global warming becomes unstoppable.

Even for those concerned about climate change, the rising cost of gas hits much closer to home. As economic activity increased after Covid lockdowns lifted, the price of gas skyrocketed. Gasoline consumption thus represents a double whammy: It harms the earth and hurts your wallet.

So consider going on a gas diet. First, try putting all of your gas on your debit card so you can keep a finger on the pulse for exactly how much you spend each month as suggested by chime.com. Then, try and cut that amount down. If possible, instead of making a solo commute, take mass transit, bike, or walk to work a few times a week. If your company still allows remote work, toil from home a couple of days each week. You’ll save cold hard cash and reduce your contributions to atmospheric levels of carbon dioxide.

Fortunately, you can cut your costs and your foodprint (yes, you read that right) by growing your own food. Grow-your-own movements have sprouted across the country, and for good reason. Homegrown food tastes better, contains fewer chemicals (provided you use organic methods), and costs less. Having your own cabbage patch will feel like money in the bank.

And you don’t need to have the greenest of thumbs or largest of backyards to do yourself and the earth a solid. Even city dwellers can have a tray of herbs on the windowsill before Thanksgiving. That’s a good deal for you and the environment.

You may have had parents who advocated your membership in the Clean Plate Club. They wanted you to grow up big and strong, sure. But they also didn’t want to waste the money they’d spent to buy the food or the time they devoted to preparing it.

On a grand scale, the USDA reports that up to 40% of food produced doesn’t even make it into a belly at all. Instead, it gets thrown away. That’s $161 billion dollars going straight into the dumpster. It also represents 6%-8% of global carbon emissions. When food goes to waste, the energy used to produce it is doubly squandered.

Many organizations attempt to shift these resources toward actual consumption through donations to food pantries and community groups. You can do your part, too, if on a smaller scale. Plan your meals and buy only fresh ingredients you intend to use for the week. Practice optimal storage techniques for perishable foods so they’ll stay fresher longer. When you have produce that’s about to go south, freeze, can, or pickle it.

By preventing food waste, you’ll be reducing carbon emissions and wallet depletion. Mom and Dad will be doubly proud.

Speaking of food, it’s time to talk turkey. Or make that beef. The meat- and dairy-producing industries account for 14.5% of global man-made carbon emissions, and the beef industry is the worst of them all.

Not only do beef cattle emit methane (which has an even stronger greenhouse effect than carbon dioxide), but they contribute to forest loss. By choosing meat substitutes, you’re also choosing forests over the deforestation-causing monocrops that feed the cows that get slaughtered for burgers.

Moreover, the benefits of going at least occasionally meat-free extend to your health and savings account as well. Even before pandemic-related shortages caused meat prices to rise, tofu and beans were clear-cut budget winners compared to beef, chicken, and pork. Subbing black bean chili for chili con carne is a boon for your wallet and the environment. Farm to fork, going meatless wins in the green category.

That collective hum in the air? That’s the sound of hundreds of thousands of energy-sucking old appliances that cost Americans billions of dollars a year. Refrigerators, freezers, and washing machines — especially old ones — are huge energy consumers. Replacing aging appliances with more energy-efficient models can save you money and cut emissions. It might sound strange to suggest spending money to save money, but it’s true of our biggest appliances.

Meanwhile, consider the concept of phantom energy use. No, there aren’t ghosts in your house, but the appliances you keep plugged in are absolutely costing you. Cut your utility bill and your carbon footprint by unplugging the coffeemaker, DVR, and microwave for the night.

We know necessity is the mother of invention. Here the necessity is to buy fewer things. By embracing inventive reuse, you’ll spend less and help save the planet.

When in doubt, buy used. You’ll be spending a fraction of the price you might have paid full retail, and you’re keeping those items out of the landfill. By thrifting common items, you skip the environment-destroying economy of producing and shipping those items. In the aggregate, you’re helping to decrease demand, while also saving money. Win, win, win.

Saving the environment doesn’t require you to destroy your bank balance. By taking these six eco-conscious steps, you can do good for both the planet and your wallet. 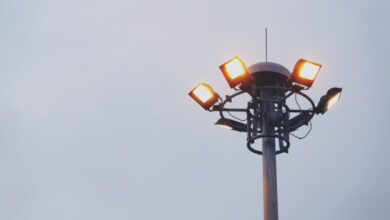 All you Need to Know about LED Flood Lights

7 Ways Recycled Glassware Can Help Save the Planet 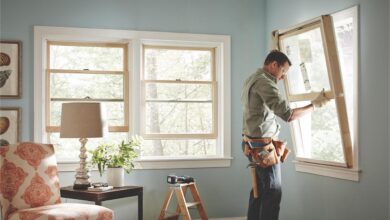 Everything you Should Know About Window Replacement