What you have on your windows can affect the value of your home and sometimes for reasons that may surprise you. There is a variety of options when it comes to what you use in addition to the panes of glass in your windows. Curtains with lace or net curtaining behind are one option. Venetian blinds are another popular route. Plantation shutters are another possibility. In this article, we will examine the effect that plantation shutters could have on the valuation of your property. To see some lovely examples of shutter installations, take a look at this site here.

It is often said that buying a home is usually the biggest purchase decision that most people make in their lifetime. This is true. There is also a high level of emotional involvement and commitment towards what is a home, whether you are leaving it or moving to a new one it matters to you and you want it to be right.

Because of the size and the degree of engagement in a home purchase how much it is worth weighs heavily on the mind. The value of your home is important whether you are selling or not as it gives you flexibility. Either the flexibility of more money in the pocket on a sale or the flexibility to take out a re-mortgage in the future should unexpected, large expenses crop up.

Especially when selling a home your aim is to maximize the money you get back. So, maximize the value in your home. Remember that value is very much a perception. Considering this theme your home must be something that is perceived by others as having high value relative to similar or nearby homes.

The first thing to do is flip that on its head. What are the things that a buyer would downgrade the value of a home for? Industry experts suggest it includes such things as bulbs that are broken, evidence of limescale or mold on any of the kitchen and bathroom fittings, taps where the seals are broken so they drip, dirty patches on walls around door handles and light switches, and peeling paint. What all of these have as a common theme is that to most people it will feel not as ‘clean’ as it could be. This gives us an indication of what will be in the minds of buyers as they look around your home. How clean is everything? Following on from that is how easy will it be to keep clean?’. So, things that give a message of cleanliness and that look easy to keep clean, logically, will add perceived value to the house. This is because they are the opposite of the things that detract from value.

Knowing that property is such a significant investment people will naturally want it to keep its value. With this in mind when looking at a home anything that conveys an aura of solidity and the ability to last a long time in a pristine state will be noted as a value add. No one wants anything that appears flimsy or likely to last only a short time.

Another factor that adds value to the mind of a buyer, especially nowadays, is the amount of light in a home. This is the reason that bi-folding doors have become so popular. Indeed, one recent study suggested that they could increase the value of a home by as much as 5 to 10%. A good part of the reason for this is the sheer amount of light they let into your abode.

Talking of light brings us back to the windows. People will always be looking at the windows in a property. They are inspected for type, are they single or double-hung sash windows? Are they slide and fold? Is the material wood or PVC? The eyes are also always drawn to a window while people consider what is the view out of the window and how visible is the room from the outside of the window?

Not only are windows inspected for how they look and visibility. People will also be considering how much air they let in. Stuffy rooms with slow-moving air are not only less comfortable and pleasant but also more prone to mold should there be a high moisture content of dampness present in the walls.

The amount of heat likely to be lost through the windows is something that also impacts price, are they single or double glazed for example?

With all this focus being drawn naturally to the windows whatever is in front of the windows will also be right at the fore.

It is important to take a moment to be clear about just what plantation shutters are. Plantation shutters have two important defining characteristics. Firstly, they are shutters as opposed to blinds. Secondly, they tend to have larger and fewer slats than, for example, Venetian blinds. Although plantation shutters get their name from the Southern states of the USA where they were used in typically warm and moist conditions they actually date far before that. There are examples in medieval houses of wooden shutters of a remarkably similar style and the same type of closing could be seen as far back as ancient Greece.

The design of these plantation shutters ties in very nicely with all the value-affecting points we listed above.

Anyone who has owned thin slatted Venetian blinds knows just how hard they can be to clean. Because of the design with so many narrow slats dust gathers very quickly, and it is an effort to remove. Plantation shutters with their larger slats and the smaller number of them not only are far easier to clean it is obvious from a glance.

The large, widely spaced slats give you great control over the light. When opened they allow far more light in than some other types but when closed they also provide both good privacy and an excellent ability to cut out the light when you need to sleep. For the same reasons they allow control of airflow and you can have a very well-ventilated room with them wide open yet still retain a degree of privacy.

There is evidence also that plantation blinds can aid in keeping the heat in. This will be especially beneficial if they are placed in front of single glazed windows and can be yet another reason for a hike in pricing on a property.

All things considered, it should now be very clear both how and why plantation shutters could, indeed, add value to a home in monetary terms. 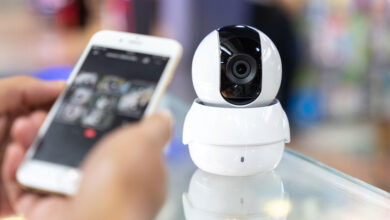 Home’s Security: Know What Happens When You Are Away 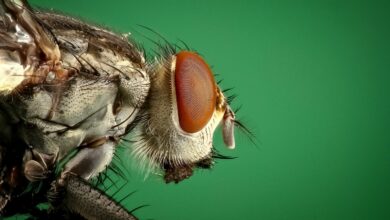 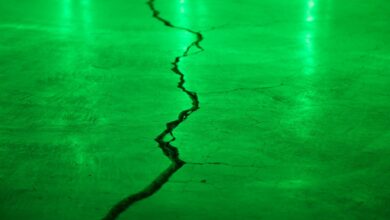 The 9 Signs That You Need to Hire a Plumber