According to Jacoby & Meyers, speeding accounts for one third of fatal motor vehicle accidents. You could get pulled over for speeding, which means you’ll be even later to your destination. Not to mention, you really aren’t going to make up that much time when you speed. Chances are, you’ll only save a few seconds, which isn’t worth the rush at all!

Instead of speeding, there are multiple things you can do that will make things a little better if you’re running late.

1. Call or Text as Soon as You Can

As soon as you know you’re running behind, you should call or text the people who are counting on you to be on time. That might mean sending your boss a text to let him know when to expect you, or it could mean calling the school to let them know not to count your child as absent.

Although it may take a few extra seconds, the person on the other line will appreciate the update. If you can tell them when they can expect you, that’s even better.

If you’re only going to be a few minutes late, chances are, you will be able to move on with your day as originally planned. If instead, you’re going to be more than ten minutes late, you may want to consider rescheduling.

For example, if you are going to be overly late, you may want to reschedule that important work meeting. That way, everyone else in attendance can continue working instead of sitting around, twiddling their thumbs. If you’re heading to an appointment, ask the office if it would be best to reschedule, or if they can still fit you in.

If you’re meeting with a friend for coffee, don’t make the mistake of thinking they’re willing to wait for you. Offering to reschedule lets them know that you value their time, whether they take you up on your offer to reschedule or not.

3. Cut Things From Your Routine

Having a morning routine is extremely important, as it can set the mood for the rest of your day. However, that routine is likely to take time, which is something you don’t have if you’re running late.

Whether you slept in longer than you meant to or an afternoon appointment ran over so now you’re running late, it’s important to cut things from your normal routine. That might mean:

The more things you can cut or streamline, the more time you can make up, which means you may not end up being as late as you thought you would be.

Of course, the type of snack you grab is important! Grabbing a candy bar might be fast, but it will do nothing to keep you full. Instead, choose a quick, high protein snack that will enable you to fill your stomach until you have the time to eat something else.

Whether you’re heading to work in the morning or an appointment in the afternoon, you likely have a route in mind. It may provide you with the shortest distance between point A and point B, but that doesn’t mean it’s the fastest way to get to your destination.

Instead of finding yourself stuck in traffic, which will make you even later, use a traffic app to plan out your route before you leave the house. It will enable you to choose the fastest route possible, even if it’s not the one you would normally take.

6. Don’t Give Into a Rushed Mindset

If you’re running behind, it’s easy to give into a rushed mindset. It may even make you feel like you’re doing everything you can to be on time, but it’s likely going to make things worse. When you’re rushed, you’re likely to set things on the roof of your car and forget them when you put the car in drive, you’re more likely to make mistakes behind the wheel, and feeling flustered makes you more likely to drop things as you’re trying to head out the door.

Take the time to slow down. It’s much better to take a few minutes to breathe and move with intention than it is to rush around and find yourself running even further behind.

7. Make a Plan So You Aren’t Late Again Next Time

Sometimes, there simply isn’t anything you can do about being late. Instead of feeling terrible about it and letting it ruin your day, make a plan so that you are never late again.

A few things you can plan to do so you aren’t late next time include:

Whether you find yourself running late on a regular basis or you accidentally forgot to set your alarm and now you’re running behind, you don’t have to let it ruin your day. From making up a few minutes during your morning routine to avoiding the stress of knowing you’re running behind, these tips will help minimize the impact running late has on the rest of your day. 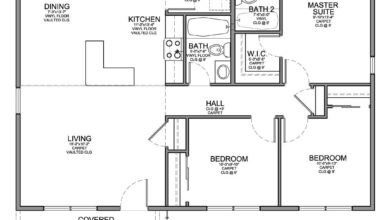 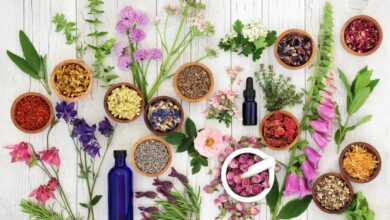 How to Use Essential Oils in Our Day to Day?