Teen mental health is something we all need to take seriously. According to the National Institute of Mental Health (NIMH) about half of all teenagers (49.5 percent) have at least one diagnosable mental health condition. Overall, “of adolescents with any mental disorder, an estimated 22.2 percent had severe impairment”, accounting for about 10 percent of the total teenage population.

Two common mental health conditions for teens include bipolar disorder and depression. Because the teenage years are often characterized by moodiness and general angst, bipolar and depression in teens are both frequently overlooked or ignored. However, both of these conditions are fairly widespread and can significantly influence a teenager’s ability to live their day-to-day life.

For the most severe cases of teenage depression and teenage bipolar disorder,teen residential treatment centers such as Polaris Teen Center can help. But regardless of severity, it is important to begin by meeting with a clinical physician and receiving a professional diagnosis. The differences between these two conditions are notable and the diagnosis will directly affect recommended treatment.

As a parent, it is important to connect your teen with whatever clinical help they might need. In this article, we will discuss bipolar disorder and depression and explain their primary differences.

What is Teen Depression?

Depression, also known as major depressive disorder (MDD), causes “feelings of sadness and/or a loss of interest in activities you once enjoyed. It can lead to a variety of emotional and physical problems and can decrease your ability to function at work, [school], and at home.”

There are several known symptoms of depression in teens. These include consistent sadness and low mood, low energy and fatigue, and an ongoing loss of interest in most things. Teens experiencing depression are also much likely to experience changes in their eating habits (either eating much more or much less) and sleeping habits (sleeping more or less). Some of these symptoms are normal teen behavior, which is why it crucial to obtain a professional diagnosis.

Depression can be caused by genetic factors, meaning that if you are depressed, your teen will be statistically more likely to be as well. It can also be caused by environmental factors, including trauma, loss, or major life changes. Substance abuse and depression are strongly correlated with one another, which is why a dual diagnosis approach to treatment is sometimes necessary.

What is Teen Bipolar Disorder?

Bipolar Disorder, as defined by the NIMH, is “a mental disorder that causes shifts in mood, energy, activity levels, concentration, and the ability to carry out day-to-day tasks.” Usually, the behaviors exhibited by individuals with bipolar disorder are classified as either mania or depression. Extreme behaviors are often categorized as “mood episodes.”

Manic episodes are characterized by feeling “wired”, a decreased need for sleep, a loss of appetite, excessive talking, feelings of grandiosity, impulsive decision-making, and other “high energy” behaviors. Depressive episodes, on the other hand, are characterized by a low mood, inability to do simple tasks (such as getting out of bad), and other “low energy” behaviors.

There are three types of Bipolar Disorder, including Bipolar I, Bipolar II, and Cyclothymic Disorder. The frequency and ways in which a person with bipolar experiences these moods will determine the type of bipolar they have.

What are the Primary Differences between Depression and Bipolar Disorder?

As you can see, there are many notable similarities between teen depression and teen bipolar disorder. However, the differences are notable and may affect which treatment options will be recommended.

Bipolar disorder is also sometimes referred to as manic depression, though this term is not used as frequently as it once was. Both bipolar disorder and depression have similar underlying causes (genetic and environmental), and these conditions have some overlapping risk factors. For example, teens that are experiencing bipolar disorder or depression are statistically more likely to commit suicide. There are, however, viable treatment options for both conditions.

The Importance of Dual Diagnosis

According to one of the leading Teen Residential Treatment Centers, “Dual diagnosis treatment is needed when a teen is suffering from a mental illness and a substance abuse problem.” Teens with substance abuse problems are more likely to exhibit symptoms of depression and bipolar. Likewise, those who experience signs of depression and bipolar disorder are more likely to begin abusing substances. Because of the unique relationship between these common issues, developing a comprehensive approach to treatment is incredibly important.

Only a licensed physician can recommend medications and treatments for both teen depression and teen bipolar disorder. However, some of the options that will likely be recommended include:

The treatment options mentioned above are not mutually exclusive. In many cases, a multi-pronged approach to treatment can deliver the best results. 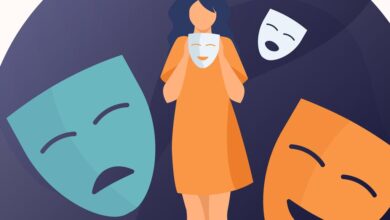 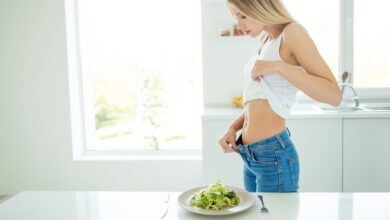 The Correlation Between Body Dysmorphic Disorder And Eating Disorders 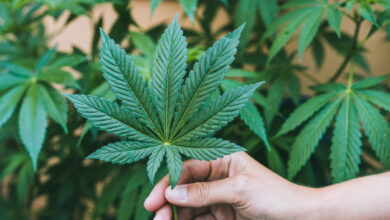 A Guide to CBD Market Growth, Trends, and Analysis