KPOP is one of the most beloved genre of music, especially in Asia. There are many famous young stars who are shining on the stages today, most of them a part of larger collectives and groups. In this list, we will see who are the 12 best Japanese KPOP idols currently performing. What is interesting is that these are all very young people, who already achieved so much. Still, their best years are in front of them.

Momo is one of the members of the famous KPOP group called TWICE. She is signed to JYP Entertainment. Momo is from Kyoto, Japan, and she was born on November 9, 1996. She is currently the most popular Japanese KPOP star.

The second most popular KPOP star from Japan, and the most famous male singer on the list is a member of the group NCT. He is signed to SM Entertainment, and his birthplace is Kadoma, Kansai District, Osaka, Japan. Yuta was born on October 26, 1995.

The second member of the group TWICE is Mina, born on March 24, 1997. Her place of birth is Kobe, Japan. Like her co-member Momo, she is signed to JYP Entertainment.

The third member of the ultra-popular KPOP group TWICE is Sana. Alongside Momo, Mina, and their six other co-members, Sana is signed to JYP Entertainment. She was born on December 29, 1996, in Osaka, Japan.

The second boy on the list is Yuto, a member of the group Pentagon. He is signed to Cube Entertainment. Yuto was born in Nagano, Japan, on January 23, 1998.

The first member of the famous IZ*ONE collective is Sakura. She was born in Kagoshima, Japan, on March 19, 1998. She has 11 co-members in her famous KPOP group. Off the Record label signed her, and her whole group.

One of Sakura’s colleagues is Nako, another member of IZ*ONE on our list. She is from Tokyo, Japan, and she was born on June 18, 2001. She is signed to Off the Record label.

The third and final young KPOP star from IZ*ONE on our list is Hitomi, born on October 6, 2001 in Tochigi, Japan.

Kokoro belongs to another popular KPOP band from Japan, Cherry Bullet. They are signed to FNC Entertainment. She was born on November 1, 2000 in Japan. The group consists of 10 members.

The second Cherry Bullet member on the list is May, the youngest artist on our list. She is only 15 years old, born on November 16, 2004, in Japan. Like her dear co-stars from the group, she is signed to FNC Entertainment.

The final Cherry Bullet member today is Re Mi, born in Japan on April 26, 2001. Along her colleagues, she is among the most inspiring members of Cherry Bullet.

The last young KPOP idol from Japan on the list is Haru, one of the members of NATURE. She is signed to n.CH Entertainment. Haru was born in Japan on February 21, 2000. The group has 9 members. 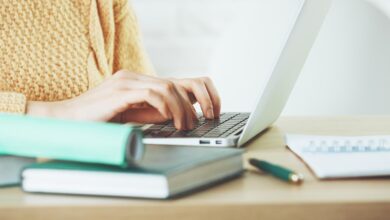 4 Most Underrated Online Gambling Games to Try in 2021 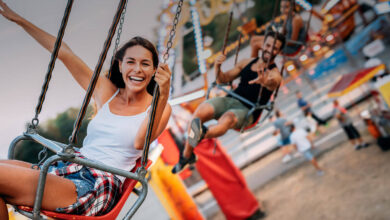 The Casino and Entertainment Gems of North America