For many years, long after the Serenity Prayer became attached to the very fabric of the Fellowship’s life and thought, its exact origin, its actual author, have played a tantalizing game of hide and seek with researchers, both in and out of A.A. The facts of how it came to be used by A.A. a half century ago are much easier to pinpoint.

Everyone in A.A.’s burgeoning office on Manhattan’s Vesey Street was struck by the power and wisdom contained in the prayer’s thoughts. “Never had we seen so much A.A. in so few words,” Bill writes. Someone suggested that the prayer be printed on a small, wallet-sized card, to be included in every piece of outgoing mail.

Ruth Hock, the Fellowship’s first (and nonalcoholic) secretary, contacted Henry S., a Washington D.C. member, and a professional printer, asking him what it would cost to order a bulk printing.

Henry’s enthusiastic response was to print 500 copies of the prayer, with the remark: “Incidentally, I am only a heel when I’m drunk .. . so naturally, there could be no charge for anything of this nature.”

“With amazing speed,” writes Bill, “the Serenity Prayer came into general use and took its place alongside our two other favorites, the Lord’s Prayer and the Prayer of St. Francis.”

Thus did the “accidental” noticing of an unattributed prayer, printed alongside a simple obituary of an unknown individual, open the way toward the prayer’s daily use by thousands upon thousands of A.A.s worldwide.

But despite years of research by numerous individuals, the exact origin of the prayer is shrouded in overlays of history, even mystery.

Moreover, every time a researcher appears to uncover the definitive source, another one crops up to refute the former’s claim, at the same time that it raises new, intriguing facts. What is undisputed is the claim of authorship by the theologian Dr. Rheinhold Niebuhr, who recounted to interviewers on several occasions that he had written the prayer as a “tag line” to a sermon he had delivered on Practical Christianity. Yet even Dr. Niebuhr added at least a touch of doubt to his claim, when he told one interviewer, “Of course, it may have been spooking around for years, even centuries, but I don’t think so. I honestly do believe that I wrote it myself.”

Early in World War II, with Dr. Niebuhr’s permission, the prayer was printed on cards and distributed to the troops by the U.S.O. By then it had also been reprinted by the National Council of Churches, as well as Alcoholics Anonymous.

Dr. Niebuhr was quite accurate in suggesting that the prayer may have been “spooking around” for centuries. “No one can tell for sure who first wrote the Serenity Prayer,” writes Bill in A.A. Comes of Age. “Some say it came from the early Greeks; others think it was from the pen of an anonymous English poet; still others claim it was written by an American Naval officer… .” Other attributions have gone as far afield as ancient Sanskrit texts, Aristotle, St. Augustine, St. Thomas Aquinas and Spinoza. One A.A. member came across the Roman philosopher Cicero’s Six Mistakes of Man, one of which reads: “The tendency to worry about things that cannot be changed or corrected.”

No one has actually found the prayer’s text among the writings of these alleged, original sources. What are probably truly ancient, as with the above quote from Cicero, are the prayer’s themes of acceptance, courage to change what can be changed and the free letting go of what is out of one’s ability to change.

The search for pinpointing origins of the prayer has been like the peeling of an onion. For example, in July 1964, the A.A. Grapevine received a clipping of an article that had appeared in the Paris Herald Tribune, by the paper’s correspondent in Koblenz, then in West Germany. “In a rather dreary hall of a converted hotel, overlooking the Rhine at Koblenz,” the correspondent wrote, is a tablet inscribed with the following words:

These words were attributed, the correspondent wrote, to an 18th century pietist, Friedrich Oetinger (1702-1782). Moreover, the plaque was affixed to a wall in a hall where modern day troops and company commanders of the new German army were trained “in the principles of management and . . . behavior of the soldier citizen in a democratic state.”

Here, at last, thought A.A. researchers, was concrete evidence – quote, author, date – of the Serenity Prayer’s original source. That conviction went unchallenged for fifteen years. Then in 1979 came material, shared with G.S.O.’s Beth K., by Peter T., of Berlin. Peter’s research threw the authenticity of 18th century authorship out the window. But it also added more tantalizing facts about the plaque’s origin.

“The first form of the prayer,” Beth wrote back, originated with Boethius, the Roman philosopher (480-524 A.D.), and author of the book, Consolations of Philosophy. The prayer’s thoughts were used from then on by “religious-like people who had to suffer first by the English, later the Prussian puritans. . . then the Pietists from southwest Germany . . . then A.A.s . . . and through them, the West Germans after the Second World War.”

Moreover, Beth continued, after the war, a north German University professor, Dr. Theodor Wilhelm, who had started a revival of spiritual life in West Germany, had acquired the “little prayer” from Canadian soldiers. He had written a book in which he had included the prayer, without attribution, but which resulted in the prayer’s appearance in many different places, such as army officer’s halls, schools and other institutions. The professor’s nom de plume? Friedrich Oetinger, the 18th century pietist! Wilhelm had apparently selected the pseudonym Oetinger out of admiration of his south German forebears.

Back in 1957, another G.S.O. staff member, Anita R., browsing in a New York bookstore, came upon a beautifully bordered card, on which was printed:

“Almighty God, our Heavenly Father, give us Serenity to accept what cannot be changed, Courage to change what should be changed, and Wisdom to know the one from the other; through Jesus Christ, our Lord.”

The card, which came from a bookshop in England, called it the “General’s Prayer,” dating it back to the fourteenth century! There are still other claims, and no doubt more unearthings will continue for years to come.

In any event, Mrs. Reinhold Niebuhr told an interviewer that her husband was definitely the prayer’s author, that she had seen the piece of paper on which he had written it, and that her husband — now that there were numerous variations of wording – “used and preferred” the following form:

“God, give us grace to accept with serenity the things that cannot be changed, Courage to change the things which should be changed, and the wisdom to distinguish the one from the other.”

While all of these searchings are intriguing, challenging, even mysterious, they pale in significance when compared to the fact that, for fifty years, the prayer has become so deeply imbedded into the heart and soul of A.A. thinking, living, as well as its philosophy, that one could almost believe that the prayer originated in the A.A. experience itself.

Bill made this very point years ago, in thanking an A.A. friend for the plaque upon which the prayer was inscribed: “In creating A.A., the Serenity Prayer has been a most valuable building block – indeed a corner-stone.”

And speaking of cornerstones, and mysteries and “coincidences” — the building where Alcoholics Anonymous General Service Office is now located at 475 Riverside Drive borders on a stretch of New York City’s 120th St., between Riverside Drive and Broadway that is now named Reinhold Niebuhr Place.

(A long version of the Prayer)

Living one day at a time;
enjoying one moment at a time;
accepting hardships as the pathway to peace;

Taking, as He did, this sinful world
as it is, not as I would have it:

Trusting that He will make all things
right if I surrender to His Will;
that I may be reasonably happy in this life
and supremely happy with Him forever in the next. Amen

(Another long version of the Prayer from Ireland)

God take and receive my liberty,
my memory, my understanding and will,
All that I am and have He has given me

Living one day at a time
Enjoying one moment at a time
Accepting hardships as the pathway to peace
Taking, as He did, this sinful world as it is,
Not as I would have it.

Trusting that He will make all things right
If I surrender to his will
That I may be reasonably happy in this life
and supremely happy in the next. AMEN

And the version on Barefoot’s Domain, The Prayer For Serenity and the meanings of this marvelous Prayer of Supplication to the Higher Power, which speaks to all human beings from deep down within ……. 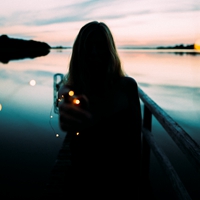